In my life, I have four cool older sisters, the awesome Mrs. Festival Lawyer, and a rad little feminista daughter. As Hank Moody would say, “I’m a big fan of women, I have all their albums.”

Lately, I’ve started to wonder how safe festivals and raves are for women. In 2013, there was a report of a sexual assault of a 16 year old girl at Electric Zoo.  Two sexual assaults were reported at the Made in America Festival. Three men allegedly sexually assaulted a teenage girl at Stagecoach in 2012.

Because of that, I thought it might make sense to ask several long time female festival goers and ravers what tips they would give to a woman attending her first event. Before we get to the tips we need to discuss the topic of “victim blaming.”  As Leandra Pelonquin, former director of the YWCA Rape clinic explains,

One of my co-workers was presenting to a college class and said “I’ve gone up to rooms alone with a guy. I have never been raped because I have never been with a rapist.” It is not about the victim, the perpetrator makes that choice. Most men don’t rape, those that do usually have multiple victims throughout their life…Rape is a societal problem, not a self-help issue.

In other words, none of these tips are meant to put the responsibility on women not to get sexually assaulted. Instead, this article is meant to start a dialogue on what we ALL can do to make sure that every festival or rave is as fun, safe and positive for everyone. 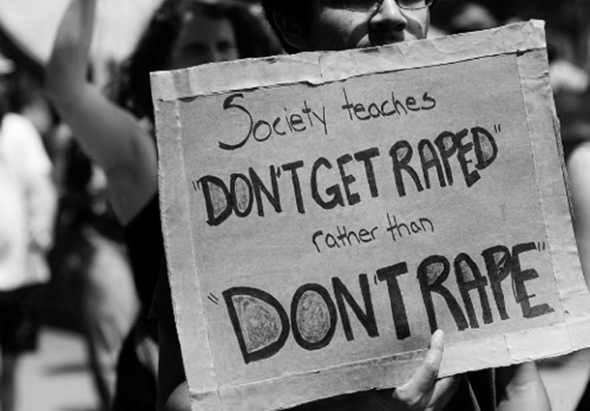 Miami’s “Lady Casa” (@ladycasa305) promotes higher consciousness, good vibes, safety and PLUR through her group PLUR Warriors. Since she has been in the EDM scene for more than ten years, she often acts as a role model and inspiration to younger ravers. Her biggest advice?

Go in a group! I’ve been to a few festivals alone but that was after raving for more than 10 years. As a newbie I highly recommend women go in a group. And within the group have at least one person that you are ALWAYS with! …Getting lost happens. I recommend finding and sticking with a GROUP OF GIRLS if you lose your group. Ravers are friendly and often welcoming. Don’t be afraid to tag along with another GROUP.

(Writers note: Totally agree. In fact, I call having a “Festival Buddy” one of the “Golden Rules” of going to festivals.)

The “Festival Girl” (@thefestivalgirl) writes a blog specializing in up to the minute live festival coverage (find it here). Because many of her friends live abroad, she often goes to events by herself. She points out the importance of solo fest-goers letting the crowd be aware of their presence so they can assist if there is trouble:

The first thing I do when I arrive to my campsite at a camping festival is visit the neighboring tents and introduce myself. I want people near me to know I’m there. That way, if I go missing, it might occur to someone to say, ‘Hey, where did that girl next door go.’

In crowds, there is a psychological phenomenon called “Diffusion of Responsibility.”  Because there are so many people present, everyone assumes that “someone else” in the crowd is already calling the police or helping. Ironically, that means having a LOT of people around you makes it LESS likely that someone will get you help.

I definitely think it’s important for people in groups to acknowledge solo travelers and extend themselves as surrogate buddies. The crowd can either act as a screen, unintentionally covering up violence against solo fest-goers (especially women), or it can act as a protective entity for those same people…My wish is that fest-goers broaden their collective vision beyond their individual groups of friends and care about everyone in the scene…we’re all in this together.

Because of of the noise and the chaos of a rave or festival, Lady Casa thinks it’s important to have a designated meeting place and working phone in case of an emergency.

Have an idea of the layout. The entrance, exit, medical tents, water vendors, stages, etc. … It’s critical to have a meeting spot for the end in case you are lost from the group. (Also) charge your cell phone to 100% and if possible take a battery pack case for extra charge. Have at least one number in the group memorized in case you lose your phone. Make sure everyone in the group is accounted for when you make it to the meeting spot at the end.

(Several of my followers point out that if you turn off your WiFi and data on your phone, the phone won’t drain your battery looking for service yet still allows you to receive emergency calls and texts. Also, walkie-talkies seem to be coming on in a big way at festivals.)

“Amy Raves” writes about harm reduction and personal safety in her column, “Safer Raving by Amy”. Amy thinks it’s important for women to know their limits, go to raves with people they trust and NEVER to leave with a stranger.

I think festivals should include group/female safety in their info packets. We want to trust/love everyone at a festival but the truth is not everyone is honorable. Predators know these festivals are perfect breeding grounds….some guys, certainly not most, will see vulnerability in a (drunk or high) girl and take advantage of that. Some come to raves looking for girls that are vulnerable.

One of the points of an article like this is to talk about how we as a festival community react when we see a guy treating a drunk or high girl the same way a lion eyes a wounded gazelle. Depending on the situation you may need to get involved. You may need to ask HER (not the guy) if she is okay, get her friends involved or get your friends or staff involved in the situation.

I have found that there is a real lack of accurate information as to what the law actually says when it comes to sex with someone who is intoxicated. In fact, California Penal Code Section 261 defines the various types of rape and includes any situation where:

A person is prevented from resisting by any intoxicating or anesthetic substance, or any controlled substance, and this condition was known, or reasonably should have been known by the accused

California law makes it illegal to have sex with someone who is unconscious.

(Sidenote – hopefully your reaction to this piece of information is “No Shit”) On the other hand it’s not rape when someone consents freely and willfully but alcohol or drugs caused them to make a decision they later regret.

Okay, but at what point is someone too drunk to give “Legal Consent?” Legally consent means “positive cooperation” and “an exercise of free will.” In other words, the law asks if the person was sober enough to understand all the “consequences of the act” and acted freely and voluntarily. If not, the law considers it a rape.

Tip #7 – Support festivals and raves that promote safety and positivity

Amy Raves points out that just having a prominent volunteer force (Like Insomniac’s “Ground Control” program) can do wonders for the vibe and safety of an event.

I love what Insomniac does with its Ground Control program. It’s amazing to see all the purple shirts wandering around, checking on everyone, giving them water & especially looking out for girls that look vulnerable. As a woman, it’s very comforting. Adequate security is important especially with frequent patrolling of the darker corners and nooks of any grounds. These are the places women tend to get cornered.

In the same way we give kudos to festivals, I think we need to call out festivals when we see something that we feel doesn’t address a woman’s safety issues.

I was at Austin City Limits last year and I saw a woman laying down with no one seeming to be with her.  She was semi-conscious and occasionally vomiting. Mrs. Fest Lawyer tracked down someone who appeared to be “in charge” and we explained the situation.

He looked at me and said “Just give her some water and keep an eye on her” and started to walk off.  We had to seriously break down for him that we were showing him a semi-conscious person, lying alone and possibly in medical distress before he would call for help.

I love ACL. Clearly their decision to cancel parts of the 2nd weekend this year shows they care about their audience’s safety. But this kind of thing really isn’t acceptable at a major music festival.

(FYI, I did give them several chances to address what they think may have happened here. For whatever reason, they have chosen not to. If they do comment on this story, I will of course post their response.)

Festival culture is rich and includes positive and negative influences. Do NOT take drugs offered by strangers or new friends, watch your drinks and only drink from your own new water bottle!

A young woman’s story of how she was allegedly drugged by a stranger at Outside Lands in 2012 went viral recently. It’s a good reminder to be careful and should be read by everyone.

Leandra Pelonquin points out that prevention of sexual assault needs to be more “broadly addressed”. In her words we need to make sure that rave and festival culture does not do anything to “condone, normalize, minimize or glamorize sexual violence.”

Katie Bain, Senior Music Writer for LA Weekly wrote an article (with the mind-blowing title “Guys, Predatory Dance Floor Boners Are Not OK”) describing the problem of guys forcibly grinding on women at EDM shows without their consent and then acting as if this was somehow okay.

This is a perfect example where the culture has to just say “No, this shit is NOT okay.” The good news is that festival and rave culture is an amazingly positive, diverse and wonderful one. I am routinely amazed at how respectful people are to each at festivals.  It seems like if any culture can have a “Zero Tolerance for creepy behavior,” it will be the Festival community. We just have to become more aware of our surroundings and be more careful with our choices. Being educated is the best way to be safe at any festival, and with help from friends, the rest of the community, and festival organizers and safety staff, everyone can have a positive, safe experience. Have fun festies!!